6 reasons for outsourcing to Uruguay

Uruguay, being the #1 software exporter per capita in South America, is an ideal and smart location for nearshore software development outsourcing.

Our small but strong country

In case you haven't heard from Uruguay, it's a small country smushed between Argentina and Brazil. With a small population of 3.5 million, it has spotted the attention in the software development department. For instance, in 2019 it was named as the #1 software exporter per capita in South America and the third worldwide.

The Silicon Valley of South America

Our small country not only leads Latin American countries in software development but it also has been considered by several media as “The Silicon Valley of South America”.

Uruguay is one of the most mature markets in Latin America, with a significant number of local and international software service providers. Like other economies in the region, Uruguay is currently developing its technological environment and investing heavily in infrastructure, computer programs, and software development.

The huge growth in demand for software products and services in the country and in the region has led to the creation of numerous companies and the installation of multinationals during the last decade. Experts in the software industry confirm that this not only will continue to occur in the coming years but it will vastly grow.

With more than +350 companies that belong to CUTI - Cámara Uruguaya de Tecnologías de la Información - it's estimated that the sector could encompass more than 30,000 people, whether registered in CUTI or not. The sector just keeps on constantly growing!

The Uruguayan Government has carried out in recent years a policy to promote the establishment of technology companies in Uruguay and exports through a series of measures that seek to promote this activity, such as:

The US wins by a landslide for the main destination for software exports in Uruguay. Still, it exports to more than 52 countries around the world, including Argentina, Ireland, Mexico, Chile, and Spain.

The financial sector heads the list, followed by telecommunications, commerce, and health. Afterward, but to a lesser extent, transport and logistics, tourism, the agricultural and agribusiness sector, and last but not least, education.

Some of its benefits

Uruguay’s tech talent is few but strong. Professionals in Uruguay not only stand out for being a large number but also for their career satisfaction. This, hand in hand with Uruguayan work culture, which is based on encouraging and promoting continuous studying and learning to keep up with trends, places technology professionals in a high job potential and work capacity.

With a high-level tech educational background, those with Engineering Degrees have some of the best skills in LATAM.

Uruguay is situated at a similar time zone with the US (+1 hours from EST), which makes it a smart and ideal solution for companies to outsource their software development.

Since its working hours coincide with the US's, it allows real-time communication with better collaboration and quicker response. This makes a huge difference to feel near and be present at all times. Just as working side by side. Plus, the proximity happens not only at a time level but also in distance, which facilitates visits and face-to-face communication if needed.

Uruguayans are very fluent in the English language which helps for clearer communication and understanding each other's needs better. With strong English skills, it's more likely to integrate with a team and understand a workflow more quickly and effectively. The connection in the workspace is better and avoids misunderstandings.

Uruguay’s work culture has strong compatibility with U.S's, which makes working with Uruguayan developers much easier and hassle-free. The familiarity with the business mindset of the US is the result of the large experience working with global companies in our country. Ever since the arrival of several foreign tech companies, Uruguayan programmers have acquired a similar work culture. In addition, due to the success of outsourcing services, the amount of IT Outsourcing Companies has grown immensely.

It provides an excellent cost-benefit for hiring affordable development teams with technical excellence and US-level quality. This means that companies that decide to hire Uruguayan developers will pay much lower a cost than if they went for US developers. This is one of the most convincing benefits for software development outsourcing to LATAM in general, and to Uruguay in particular, because you can still obtain the same quality of services for a lower cost.

Uruguay not only offers high-quality software services but its also backed with several conditions such as economic stability, career satisfaction, and government policies that favor tech companies such as exempting companies from paying these taxes when the services they provide are destined abroad.

When deciding upon candidates to chose for outsourcing software development, Uruguay is a great catch.

This candidate is a very attractive country to invest with a stable economy, government policies that favor tech companies, professional level and talent, excellent English skills, similar time zone, and reasonable costs. If that's not a good catch then I don't know what is.

Lucía Sánchez Léon is Marketing Manager at Somnio. She designs the communication and marketing strategies. Lucía is a fun and energetic person, she enjoys dancing whenever she can.

Would you like to receive tech news, software tips, and business insights from one place?

Hi, I’m Álvaro, Business Development Manager at Somnio Software. I would love to talk to you about your project or needs.

Just fill in the form or send us an email to hello@somniosoftware.com Talk to you in less than 24hs! 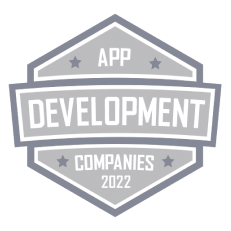